President Shimon Peres sent a letter of condolence to President Obama on behalf of the people of Israel following the tragic shooting in the USA.
click here

What is common to the Dead Sea and Mount Everest? After 52 years of diplomacy, Israel and Nepal issued a joint stamp - The Highest and Lowest Places on Earth.

Details
Written by the Office of the President
Published: 26 February 2012

A nuclear Iran is a strategic threat, not only to Israel but to the world at large. Iran is a center of moral corruption and it feeds and arms world terrorism.

FM Liberman will meet with senior Albanian officials and inaugurate the new Israeli embassy in Tirana.

Cabinet approves appointment of Minister Vilnai as Ambassador to China 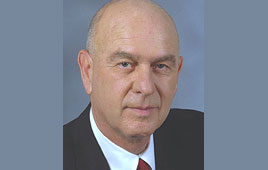 the Vietnamese Embassy in Israel hosted a seminar on promoting tourism and promoting trade in Vietnamese agricultural products
On June 15, 2022, the Ministry of Foreign Affairs of Vietnam coordinated with Lai Chau province and a number of Vietnamese representative...
Read More...

.Machsanei Hashuk integrates WalkOut’s smart-cart solution in all its branches
. WalkOut has developed a system for smart carts that identifies products that are loaded and removed from the cart using cameras with the...
Read More...